“Chip Away The Stone” 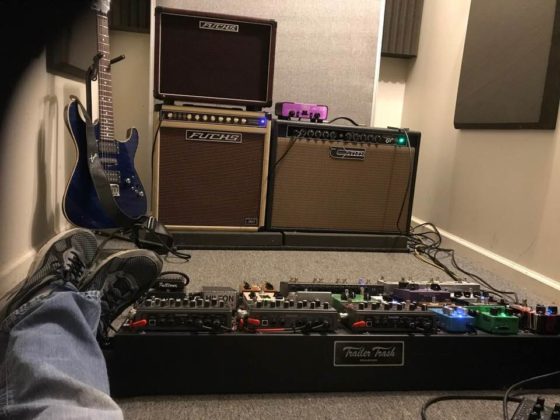 Drew taking a moment to breath…

“100% set up” said Bob, my super friendly restaurant manager. “You need to be 100% set up” I made the “mistake” of going across the hall way, of the little shopping mall, to grab a bagel. It was a good 30 minutes before the restaurant was open for business.. Opps, my bad. I was in my 20’s and feeling rather…undervalued. You see, I was living on my own and needed to pay that rent. It’s funny, I moved downtown to be closer to the gigging action but ended up at a busier restaurant. I had just about reached my waiting tables limits and down sized my schedule to include only weekday lunches and two evening shifts. I had gone to music school, and left music school and gone back to music school. I had been played in a handful of bands but not enough to make anywhere near enough money to keep the lights on. So here I was, playing whatever gigs I could on the weekends, thinking, dreaming about actually having my guitar in my hands while pouring someone’s coffee. Don’t get me wrong, I absolutely have much respect for anyone who works hard to survive, it would have just been nice to survive doing something I liked, let alone loved. I could only imagine…time to chip chip away… 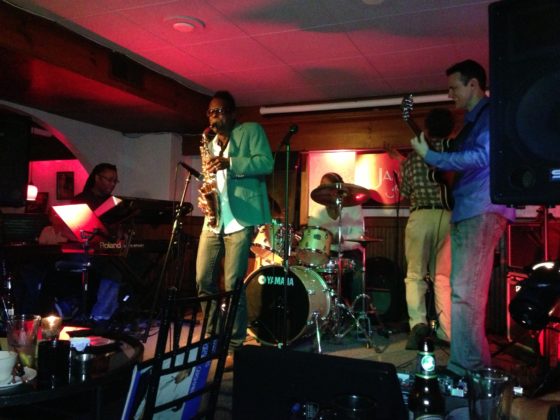 Oh the sound track of childhood…

My first memories, besides the one where I zipped up my baseball jacket, on my neighbor’s porch, are of music. I remember, as clearly as today’s breakfast, listening to the magical sounds that came out of whatever old fashioned device was plugged in near by. “Band On The Run” “She’s A Rich Girl” “I shot The Sheriff” It was pure magic. Analog magic. I remember memorizing entire record club advertisement song snippets, in order. It must have been really cool to join a record club… Anyways, I digress. I remember K.C. Kasem’s top 40 being on every Sunday from 10am to 2pm. Man…The freakin’ songs that were playing back then. John Lennon, Pink Floyd, on the radio as new music!  I am a bit nervous to get to personal but I have to say that it wasn’t always rainbows and butterflies in my world. My parents did not get along to well (massive understatement) and I would sort of “hide” in my room and listen to music to get away from it all. Music became my escape, my place of refuge. It was around this period when a crazy thing happened for me. I somehow discovered the band Kiss. That was it, that was what I wanted to do with the rest of my life. I wanted to play the guitar and record my own music. No doubt. I had no real plan and only daydreams but I would revisit that spark a few years later. 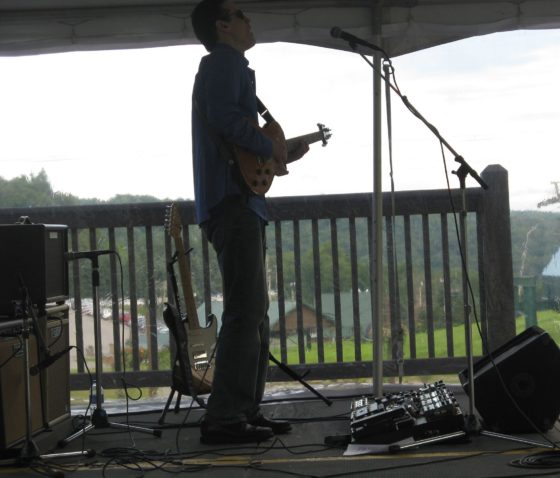 A around the age of nine, my older sister had an acoustic guitar and could play some chords and so I decided to take some lessons. Well, the churchy old lady who lived up the street had zero cool factor and so I only piddled around for a few years. I was kind of into sports and, outside adventures and yes, video games. Things were not all that much better at home so I still spent most of my time listening to music.  As an early teenager, one day my best buddy brought a squire Tele into my house and I saw RED! It was like Xcaliber. A Light Saber. The true lasting love affair, with the guitar, began right then. That exact moment. I played that thing as much as I possibly could until my mom finally took notice and bought for me my first electric guitar. A GGC700 Gibson Les Paul! I played 6-8 hours a day for years… Attending high school was a simply a chance for my callouses to heal… Back to my recording dreams from early childhood. The next cornerstone was receiving my very first 4 track recorder at age 16. I felt like I was on Star Trek or something! A high tech device full of mystery. What an incredible thing to do. All of those amazing songs out there ( Journey, Triumph, Rush, Led Zepplin my high school music gods) and I was going to make my own music! Well, my first 50 songs/recordings were probably not so good. It was tough, back in the day, having to bounce tracks and deal with noise. I studied and bought books and started to learn what it means to be a recording engineer. To this day, I enjoy recording music more than anything else I’ve ever encountered.  I eventually graduated to a Tascam 424 Portastudio. (then a BOSS BR 1180 as my first digital recording encounter.) Playing music was now my outlet and I was able to make it through high school with that guitar leading the way. 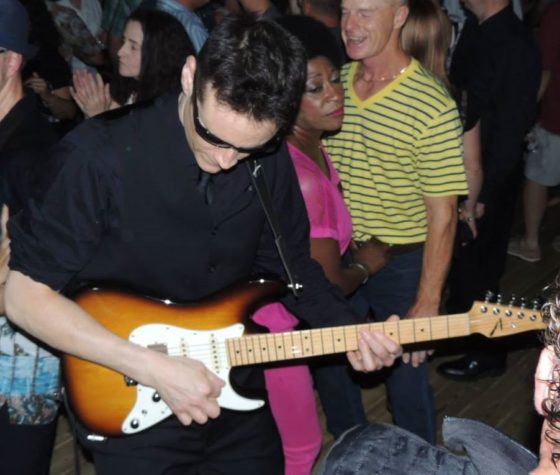 Ok, back to waiting tables…Back to my 20’s and a lot of wasted time and energy. Back to not understanding how to make things happen. Back to survival mode. In walks divine providence. In life there are moments when things fall into place. When you REALLY want something, you may get a little help from above.  I needed new strings, for a gig, and refused to pay some crazy ass amount so I remembered this other shop that was kinda out of the way. The store was owned by this person from WAY in the past who, on the spot, hired me to teach guitar in his music store.  It was the moment that I started to teach the guitar, as my full time job, that things really began to click a bit more. I was getting by with my guitar in my hands! Rock and Roll!! 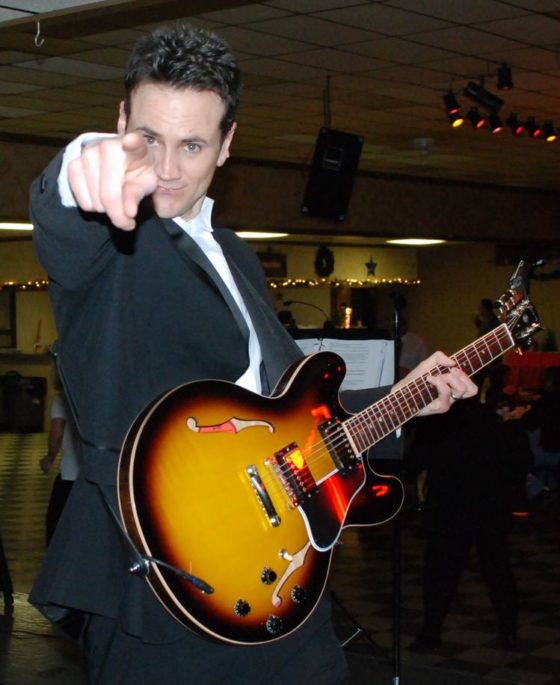 As I write this, looking back on teaching the guitar, as my “day job” for the last 22 years, the 1000’s of students that I’ve taught, the dozens of bands, the countless gigs,  the bar fights (there are some serious stories there, we’ll save those for a later time) the rest stops, the hotel rooms, the magic moments, the Murphy’s Law shows,  the guitar contests, song writing contests, recording projects, producing projects, recording studios…I am compelled to elaborate on the impact it has all had on me as a player, writer and musician. Students frequently ask me how do you know what to play? Play by ear? Improvise? Write? the list goes on. Experience may very well be the best teacher.  I had learned two things in college.  Number one, that I didn’t know anything lol and most importantly, I learned how to teach myself. I have since learned that there is a lesson, to be learned, in every experience. Please feel free to read the post entitled Teaching the guitar has been, and still is, an amazing experience.  Somewhere around this time, my new full time musician reality, that Jeff, the J in JD Strum approached me about forming a band. We went on to do some pretty amazing things together and make, what I believe to be a pretty darn good record. “Just Another Story” We are still performing together to this day.

Things were looking up a bit, I was teaching and gigging for a living. (Check out my Bio here) After a handful of years, for a number of good reasons, I was motivated, really needed to open my own lesson studio(s). This was a big change from the guy who was waiting tables ten years earlier. I  was able to build my own, soundproofed, professionally designed recording studio! But wait! Now I needed to study Pro Tools and get the right gear etc…(More about the making of Bold Horizon in a later blog post) Yes! It was in this space that I recorded my solo E.P, ““Prelude” and then ultimately the guitar tracks for “Bold Horizon”album. Whew…I am finally making recordings that I ‘m proud to hang my hat on. 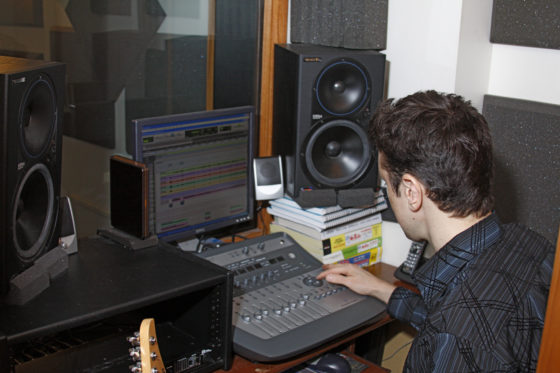 When I was 19, a friend’s mom once said to me, when I mentioned that I was going to play guitar for a living, “You’d better be careful for what you ask for.” lol.  I will say that it’s been over 20 years since I’ve made a dollar, other then with my guitar and for that I am truly grateful. Maybe someone should have told the rest of the world, told reality itself  that I was plotting this course, that I was going to play the guitar and make records for a living. That may have made things a little bit easier. There is a ton of resistance trying to keep us from chasing our dreams, whatever you are trying to achieve you need to chip chip away at it. There is no easy answer to making things happen. I do believe though that the universe will step in to help you when you are truly following your dreams, whether it’s making music or whatever juices you. That being said, you need to have the drive to go for it in spite of all of the resistance and struggle. Accomplishing my latest record “Bold Horizon” my first instrumental album, was the most work I have ever done, no doubt…there were times when I thought it was all but impossible to make it a reality. but… I am just getting started!

Thanks for taking a few minutes to hear about my own journey.

By the way, HERE’S THE FREE SONG THAT I PROMISED! It’s called “Carpe Diem”, from the new album  “Bold Horizon”. It’s my “get up and go” track!   CLICK HERE TO LISTEN!

P.S. If you like the music you’ve heard so far and you want to listen to more, you can click here for my latest album!

2 thoughts on ““Chip Away The Stone””